This beautiful male pileated woodpecker hit a car, really hard, with his head.

His rescuer found him sitting next to the road in Belle Meade, dazed and barely moving. He was being cared for temporarily at a domestic animal rescue until he could get to a licensed wildlife rehabber, and we were thrilled when he arrived at Harmony Wildlife. 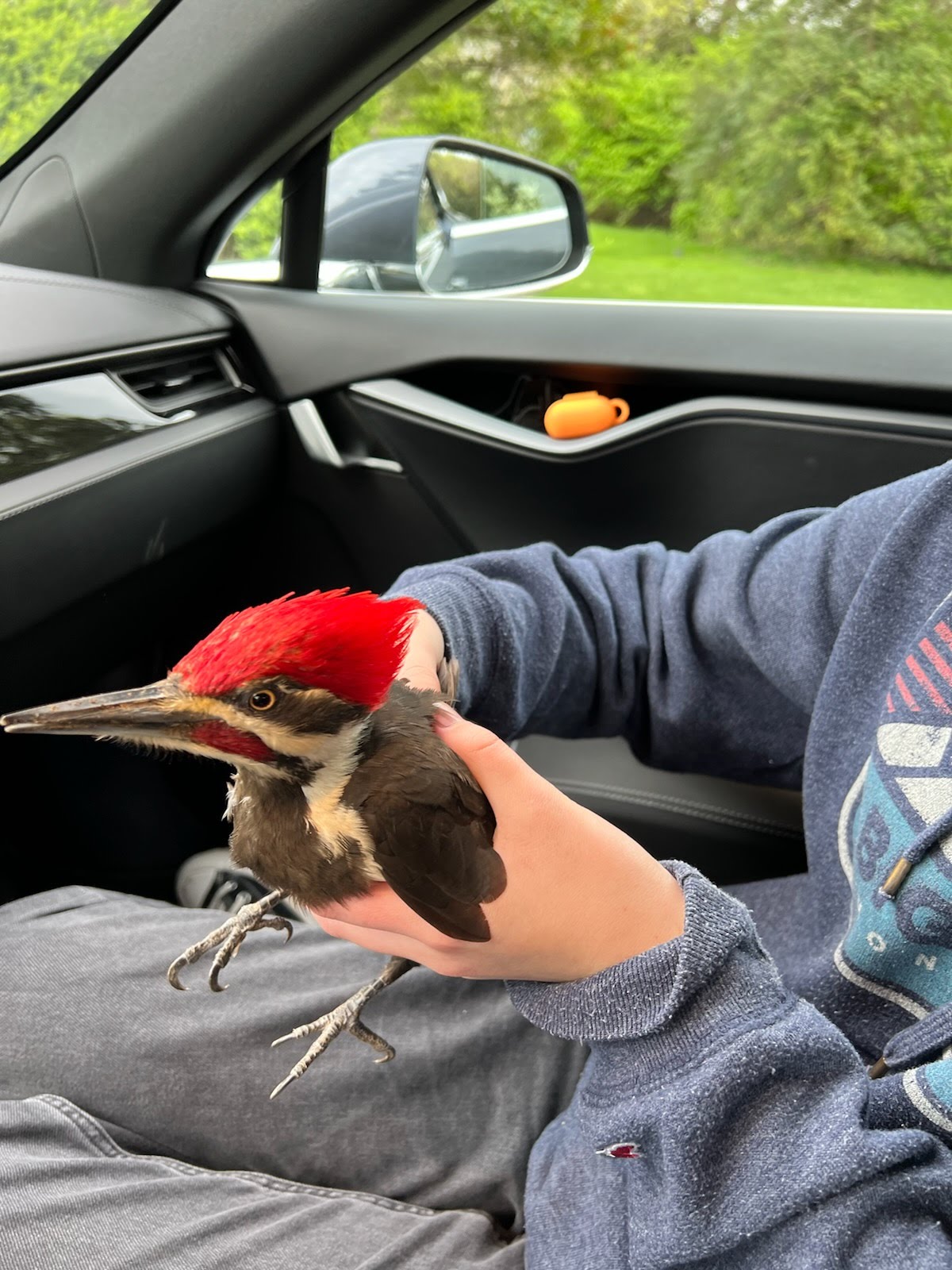 Once admitted for care, we were relieved to learn that he didn’t have any serious injuries, just a concussion. He started feeling better, and kept everyone else in the rehab aware of his presence by his non-stop pecking.

Forty-eight hours later, our woodpecker was free and back in his Belle Meade home territory. We’re so happy he was able to make a full recovery in such a short time—for his own sake, of course, but also because it was going to be difficult to keep him supplied with wood!

Harmony Wildlife Rehabilitation Center is a 501c3 non-profit institution (Tax ID: 62-1483517) and contributions are deductible as allowed by law.